The Universe is permeated by non-conventional matter, known as Dark Matter, which does not emit light but interacts gravitationally with conventional matter. The composition of the Dark Matter is one of the most intriguing mysteries of fundamental physics, the solution to which IS MAYBE the biggest challenge of Cosmology and Particle Physics of today. It has been established that the Dark Matter is not composed by any of the well-known particles of the Standard Model of particle physics and therefore new physics models need to be pursued in order to look for answers. The most accepted hypothesis so far assumes that the Dark Matter be composed by WIMPs, Weakly Interacting Massive Particles; a big number of experiments has been setup all over the globe, including the LHC at CERN, in order to detect these particles, searches that have been SO FAR unfruitful. TREX-DM, an LSC experiment lead by the University of Zaragoza, is aiming to look for WIMPs of specific characteristics, namely a rather low mass of less than 10GeV, which would have made THEM invisible to the current experimental efforts. The novelty that the experiment can offer is that it consists of a gaseous Time Projection Chamber equipped with microbulk Micromegas readout planes, to be operated at high pressure of argon or neon. This technology is known to REGISTER low backgrounds and is expected to achieve low energy thresholds, which will stand out from the current experiments. The projected sensitivity will put TREX-DM in a very competitive position for the search of low-mass WIMPs with a non-negligible discovery potential. 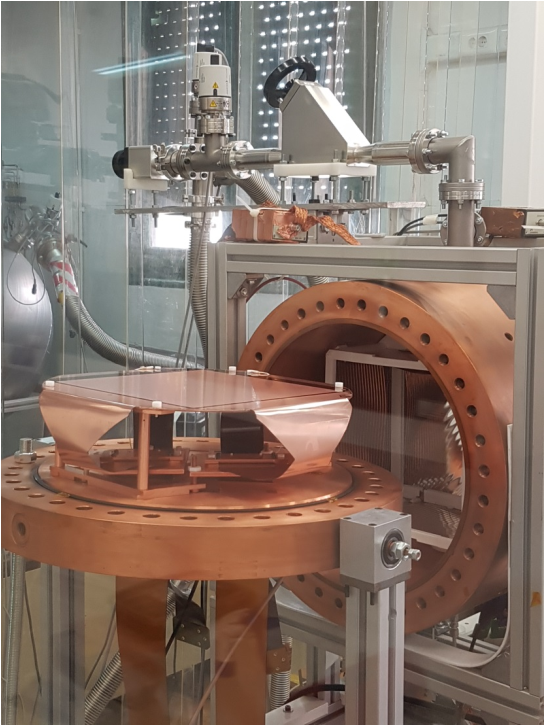 Description of the TREX-DM Experiment